Use our Safe Days Calculator to avoid pregnancy by entering the first day of your last period and the length of your menstrual cycle.

Do you know the science and mechanism of those 28 days? Calculate the easiest specified fertile days to get pregnant and plan safe with Safe Days Calculator. The objective of this calculator is to avoid unwanted pregnancy without any chemical or drugs involvement.

Pregnancy is an endowment for a woman. It is an accomplishment that every woman fantasies. But getting Pregnant on the right phase or right time of your life is very important. Family planning accompanies a lot of responsibilities so rightfully know your fertile days for safe intercourse. The chemistry and mechanism of your menstrual cycle is nothing onerous. With foolproof accuracy, you can easily find out days with higher pregnancy chances and those which are infertile. Know your safe period and lay-off all worries.

What is Safe Period?

Safe Period/days denotes to the time when a woman has minimal chances of getting pregnant. It is also known as unfertile period/days. In such period, there is no egg in a woman’s body. So, if you will have intercourse with your partner in such days then there are no chances of getting pregnant as there would be no egg to get fertilized by the sperm.

What do you Need to Know About your Menstrual Cycle and Fertility?

Before taking pregnancy sensitivity steps, you must know a lot about the menstrual cycle. If you're ovulating and pregnant, and whether it's safe for you to have sex without preventing conception. For conception, a sperm cell will enter the egg (this is called fertilization). In your menstrual cycle, there are days where sperm will fertilize an egg and induce pregnancy — these are your fertile days. Each month, your ovary releases an egg into your fallopian tube (called ovulation). The egg is 12-24 hours in the fallopian tunnel. Sperm will stay in your uterus and fallopian tube for 6 days after birth. When a sperm cell enters the egg in the tube, the fertilized egg moves from the fallopian tube to your uterus ( womb) and will bind to the uterine wall that starts pregnancy. When your egg is not fertilized, it dissolves and you get your time. Because an egg lives about a day after ovulation and sperm live 4-6 days after birth, you are essentially fertile for 7 days in your menstrual cycle: 5 days before ovulation and the day you ovulate. You may get pregnant one or two days after ovulation, but it's less likely.

Why is Safe Days Calculator needed?

Calculating your safe period is helpful because it would help you recognize the days of having sex without protection and pregnancy concerns. Knowing how to calculate your safe period is essential if you don't want a child immediately. Most importantly, safe pregnancy calculator is a perfect birth control tool because it doesn't include ingesting hormonal birth control pills, using an IUD, or hormone injections that can have different effects on different women, ranging from severe mood swings to weight gain and other issues that hamper one's well-being.

How to Calculate Safe Period?

For calculating safe days for not getting pregnant, you need to understand each phase of the menstrual cycle. Phases of the Menstrual Cycle First-thing-first, remember the first day of your menstrual flow is the first day of a specific menstrual cycle. And all calculations of safe days for sex is based on it. Ovulation is the root and cause of pregnancy. The distinctively menstrual cycle can be subdivided into three potent phases which are Pre-Ovulation, Ovulation and Post-ovulation phases. Please note that the length of each phase varies for each woman. However, a normal period cycle is believed to be 28 days.

1) Proliferative or Follicular Phase – After the menstrual flow is over the body prepares for releasing Ovum or egg. This is a pre-ovulation phase. FSH or Follicle Stimulating Hormone and Estradiol or estrogen hormone secretion takes up the role of such activity. This phase as well as sex during period is safe in most of the cases. 2) Ovulation – In this phase, ovarian follicle or the cell carrying Ovum or egg ruptures and produces ovum. 2 to 3 days before and after Ovulation is ovulation phase. A higher chance of pregnancy is there in this phase so for safe sex use condoms or contraceptives.

3) Secretory or Luteal Phase – This phase ends up a specific menstrual cycle. These are safe days for sex as the ovum gets degraded and is in non-active mode. Corpus luteum being a hormone-releasing endocrine structure develops in the ovary after ovum discharged and starts the beginning of this phase. It secrets estrogen and progestogen that maintains the uterine endometrium inner membrane.

A woman ovulates only once in each menstrual cycle. Ovulation usually occurs in most of the women about two weeks before their monthly period (mid cycle) that is 14 th  Day (in case of a woman having 28-day cycle). Two days before ovulation and two days after ovulation is the best possible time for you to conceive because ovum survives for 48 hours i.e. 2 days and sperms survive for 72 hours i.e. 3 days.

For calculating your safe days, you need to know when you ovulate. The necessity of ovulation calculator is to get specific and detailed fertile days based on the length of the cycle. It is a best friend to womenfolk to know how to have a safe pregnancy and live life in a planned way.

So, here is the simple method to calculate your Ovulation days to know fertile window and safe days based on days of the menstrual cycle.

1) For the standard menstrual cycle of 28 days – In this case, Ovulation will occur on the 14 th day. So, the fertile window day’s ranges are – Day 12, 13, 14, 15, 16. If you are planning for a baby then sexual intercourse during these days with your partner is highly advisable. Fertile window ensures higher chances to get pregnant. Except the fertile window range, all other days would be safe period/days.

2) For irregular Menstrual cycle – The easiest method to track Ovulation for the irregular cycle is easy too. Just subtract 14 from the tenure of your last month cycle. So, the bottom line is last 14 days will ever be fixed post- ovulation hence initial days for a prolonged cycle is not fixed. E.g. with case study - 32 days cycle – 14 days = 18. So, the 18 th day is the Ovulation day. So, Fertile Window for this case is Day 16, 17, 18, 19, 20. Except the fertile window range, all other days would be safe period/days. This is how you can calculate safe days.

If you are still not sure about the best time for getting pregnant then use Budding Star’s Ovulation Calculator to know your fertile days and exact day of Ovulation. It is easy to use. Just enter the first day of the last menstrual cycle and also put the length or tenure of the last cycle. This will show you detail of your fertile phase and ovulation days. 3) If still, you are unable to calculate fertile window check on other signs and symptoms

So, the best time to get pregnant after period is having intercourse on every alternative day during the second and third week before ovulation. Sometimes in rare cases, sperm also live longer than 5 days so in case it finds an ovum in fallopian tube or uterus then also you may conceive. Situations in which Safe Period calculator does not work Consult a doctor to know the accuracy of the safe period calculator. Based on some diagnosis doctor may suggest if you can go ahead with this calculator method. Counting safe days is important but it may get altered due to the effect of drugs or contractive methods. So, when a woman not get pregnant can depends on other factors as well. For those women whose longest and smallest menstrual cycle phase differs maximum by 7 seven days then it is safe to use this calculator. If your menstrual cycle is not between 26 to 32 days tenure or explicitly if it is eight days or more then it is a risk using this period calculator. Also during six months after pregnancy sex following this calculator is not advisable as the hormonal level and secretion differs. Women to attain menopause or teenagers in pre and post-menarche stage also may not have effective fertile window calculation by this method for uncertain hormonal changes.

Your body displays various ovulation symptoms. When you know these symptoms, and where you see these symptoms, you will prevent conception. Sometimes called natural family planning. Methods are:

Charting your basal body temperature (BBT) is fast. You take the temperature first thing every morning and map it on a chart.

Hold these rules in mind when charting your body temperature: Women with normal menstrual periods have an 85% safety factor to prevent conception. Though, it depends on how accurately you measure the safe time and how closely you observe it. When you find out how to monitor pregnancy symptoms, you can easily engage in unprotected sex during the infertile time. When you fear to become pregnant, use protection or abstain. Bear in mind that no approach is foolproof. Although certain techniques are reliable and time-tested, hormonal ups and downs in a woman's body can get the measurements incorrect. Following the golden law is best: once in question, say you 're fertile.

Cervical mucus colour varies during ovulation. Note the cervical mucus colour every day. Changing colour will mean you're in the ovulation process. How to view the cervical mucus: The easiest way to sense the mucus' strength is to massage it between the thumb and index finger. Record on a regular map everything you think about your mucus: cycle days, dry days, rainy days, gloomy days, and muddy days. When charting the mucus first, it's safe to stop vaginal intercourse for 1 entire period (or using condoms). Sex will make the body generate more or more mucus, which can be frustrating before you start.

Compared to the calendar system, this approach requires monitoring your cycle over eight to ten consecutive intervals and only operates if the cycle reaches 27 days. How to forecast healthy days using this method:   Standard assumptions:

Due to certain factors, the safe-days approach is not 100% accurate. Some women trust this process. Hormonal shifts (not known to you) and erratic patterns may cause errors in measuring the infertile period. Condoms are the easiest option, but if you avoid use, the next best option is oral contraceptives. FAMs only function if:   Do fertility awareness methods have any side effects? No chance of side effects with FAMs. But certain factors can affect how successful these approaches are if you were previously hospitalized, using the morning-after pill, pregnant, or breastfeeding.

If used correctly, FAMs will give you appropriate pregnancy protection. Some FAMs benefits are:

FAM is one form of birth control, but with its drawbacks. And be patient and precise in your measurements to prevent unintended abortion.

Remember these When Having Sex During the Safe Period

Some Positioning Advice on How to Get Pregnant Though there is no scientific certainty that any specific positioning can lead to pregnancy these there are some common practices. Here are some details on how to do sex to get pregnant or make it easy for sperm to perform its fertilizing process with the ovum. For sex in pregnancy take doctor’s advice. All positioning is not safe during pregnancy. So, have safe sex and read this space to know more about the safe period.

Other Ways to Have Sex Without Worrying About Getting Pregnant

Quest for other ways to have sex without conceiving? We've got you. 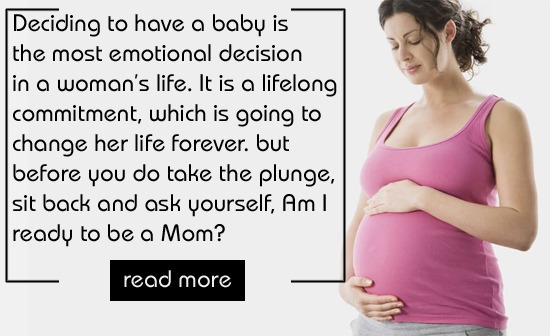 How To Get Pregnant Fast